Duella Renzo’s winery, «Poderi Garona», is named after the homonymous site in the town of Boca. This site isn’t very famous among younger people but it’s well known by many older folks who live nearby thanks to the great wine produced here.

The “Poderi Garona” Winery of Duella Renzo takes its name from the locality of the same name located in the municipality of Boca, not very known to younger people but remembered by some old local people for the excellent wine that is produced. The “Poderi Garona di Duella Renzo” winery is relatively young as formalization but is based on the centenary tradition of the Family, started by the great grandfather Daniele Duella, carried on by grandfather Luigi, a great winemaker and cellarman , and then only partially handed down to two of his four children.

After the death of  grandfather Luigi, the children transformed what was a full-time job into a passion, this led to the abandonment of some vineyards and for others the downsizing. After several changes, but driven by this desire to avoid losing track of a lot of work done by my father Guido, I decided to collect the witness as in a relay race.

This witness is still carried out through further acquisitions of vineyards that are gradually acquired by avoiding the abandoned by the old owners.

Today the area planted with vines is about 3 hectares in one lot with the possibility of transforming the current owned woodlands into vineyards, bringing them back to the production of about a century ago from which Boca wine was produced even before having the DOC that dates back to 1969.

The largest vineyard has optimal exposure and develops at an average height of about 420 s.l.m. Alongside the main vineyards, in the locality of Montalbano, there are still traces of a small vineyard cultivated until 2016 at the Maggiorina which bears witness to the past.

The plant of the current vineyard passes through various phases of transformation and unification of various particles, passing from the classic Maggiorina plant to the more modern Guyot in the far 1969. The current vineyard, visible in the photo on the side, has then undergone two different phases expansions and resettlement of the ground to make it less impervious.

A second plant currently in production and contiguous to the main vineyard underwent a similar transformation from Maggiorina to Guyot in 1974.

The vineyards of Boca are protected by Monte Rosa and at the same time enjoy pedoclimatic conditions that allow, during the ripening period, an alternation of temperature changes between day and night that favor the development and concentration of sugars and varietal substances that characterize the future wine.

The vineyards are located in the heart of the Novara Hills within the Monte Fenera Natural Park and since September 2013 included in the Unesco Sesia Val Grande Geopark.
A land that has known the cultivation of the vine for a long time. The rows of our winery exploit a privileged position for exposure and nature of the land, prime ingredients to be able to obtain wines of a quality that knows how to stand out.

Among the red berried grapes Nebbiolo dominates, the foundation of the greatest wines of Piedmont, which here goes well with two other native vines such as Vespolina and Uva Rara or Bonarda Novarese from which our BOCA DOC is born after a maturation of at least 3 years in oak barrels and one year of refinement in the bottle.

The Sesia Val Grande Geopark, recognized in the world network in September 2013, includes the territory of 90 municipalities of 4 different provinces and extends from Lake Maggiore to Monte Rosa on an area with unique geological characteristics that have profoundly shaped the culture of the place. 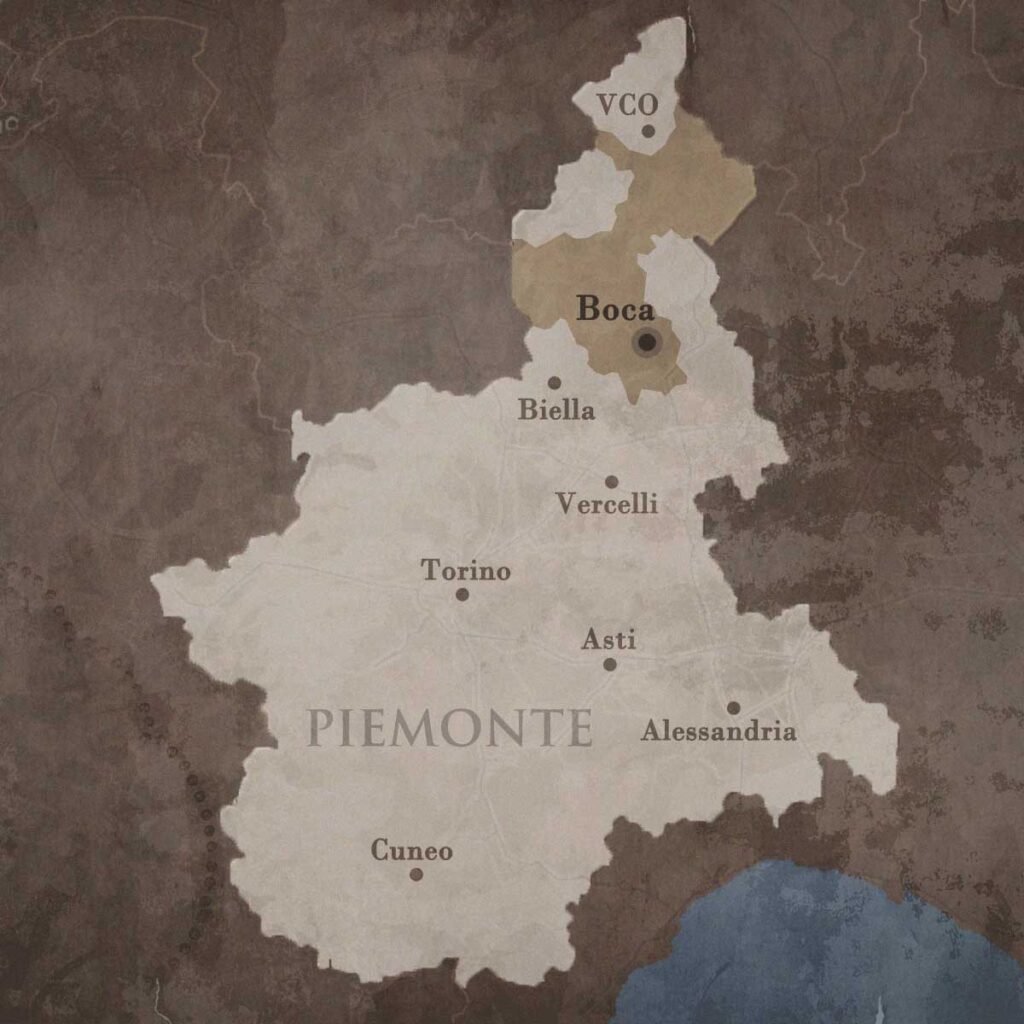 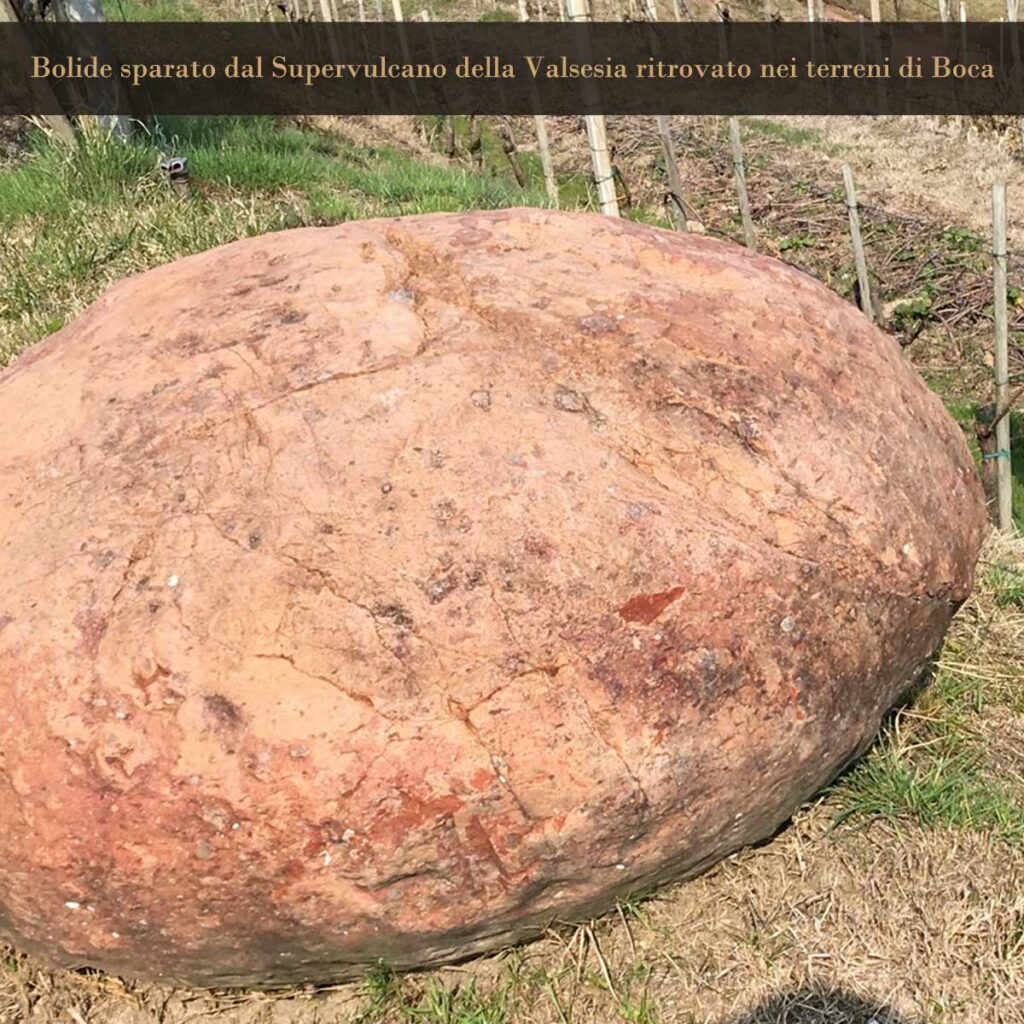 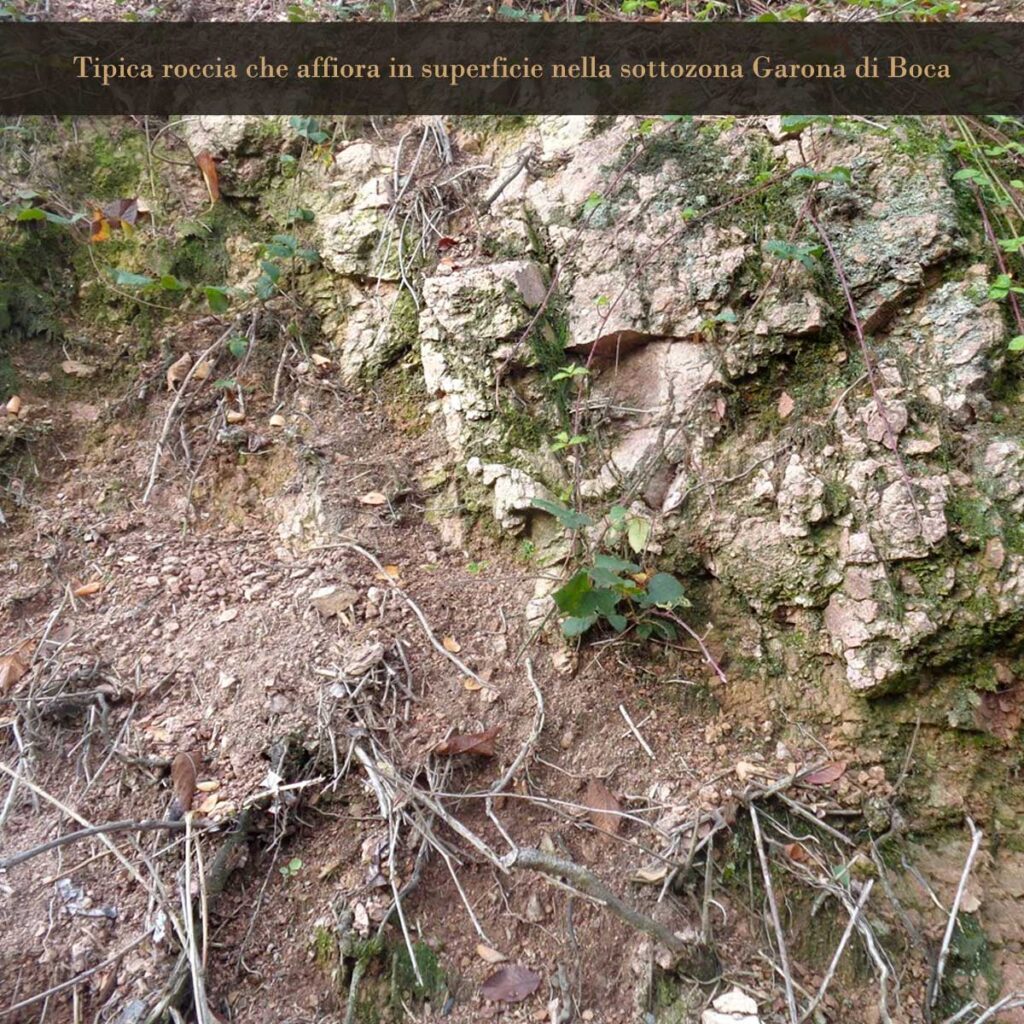 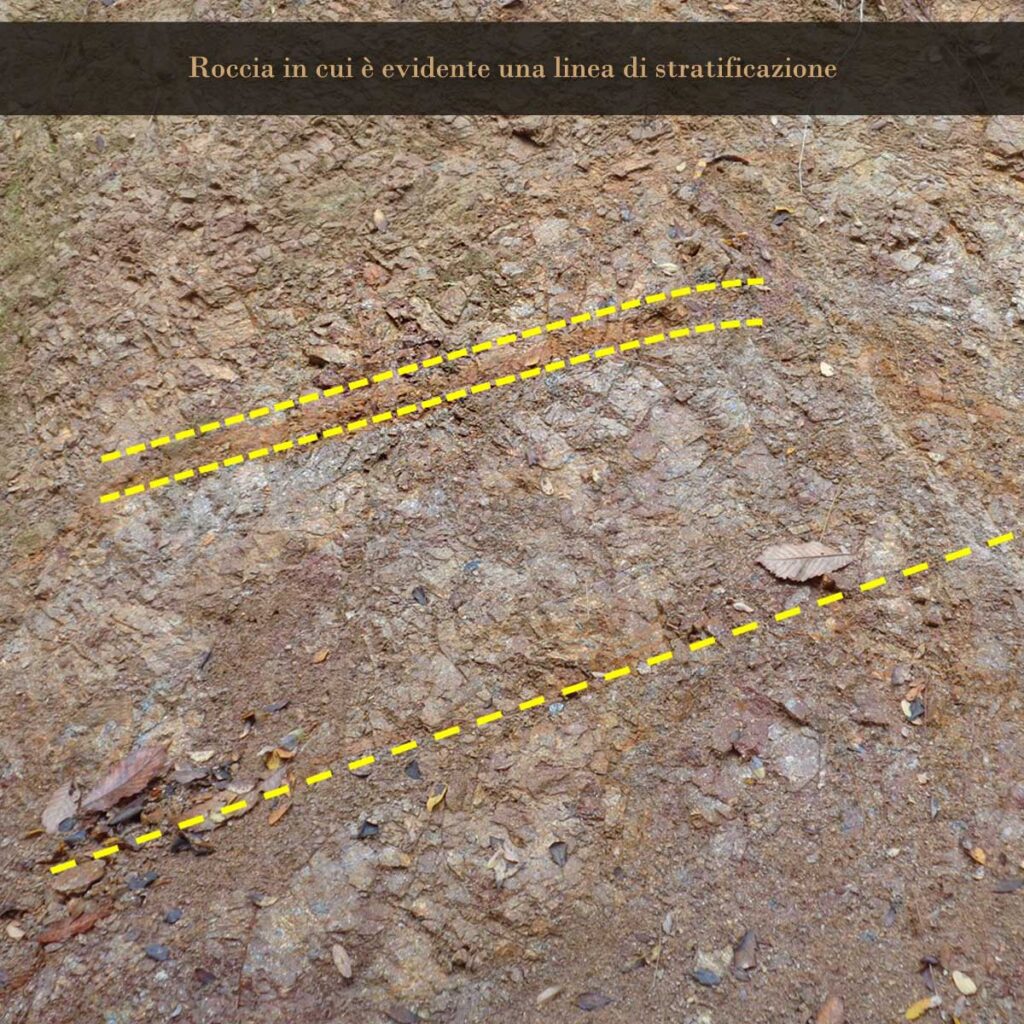 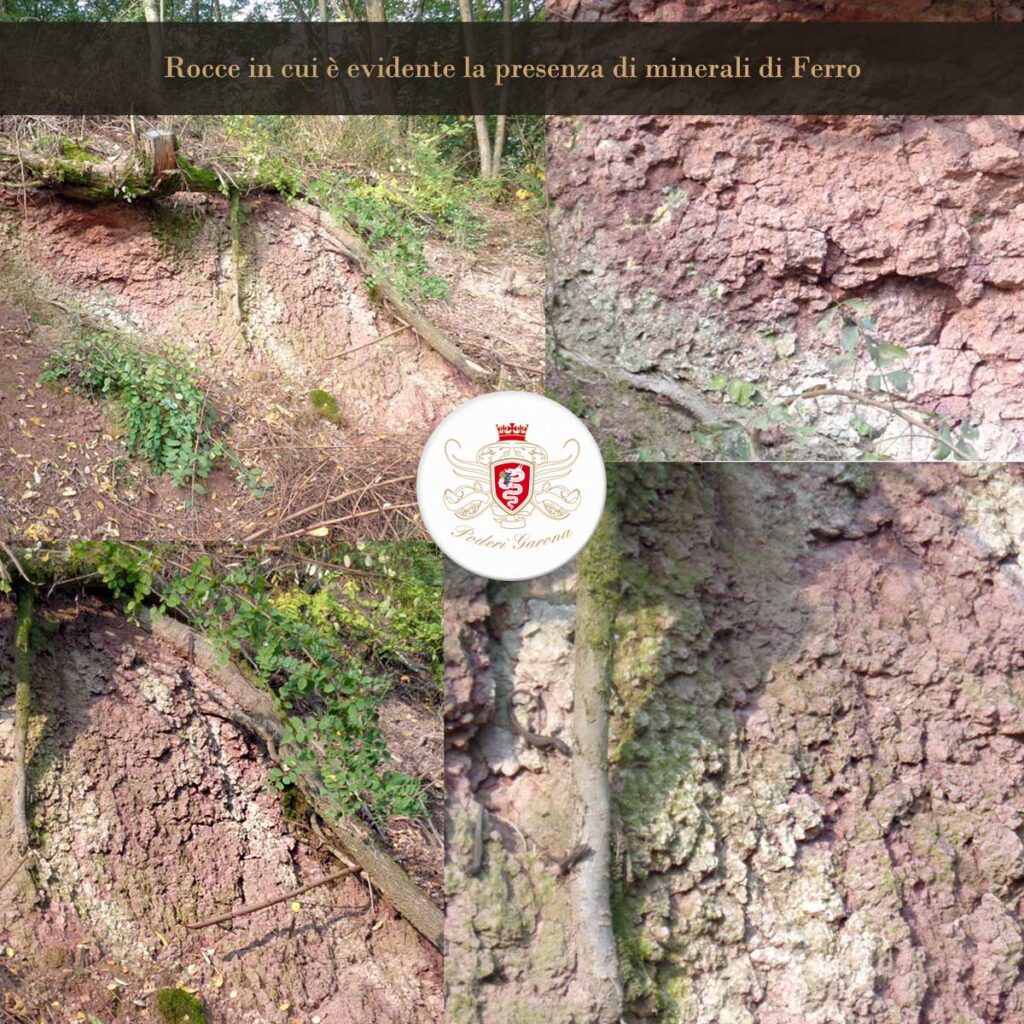 The SuperVulcano of Val Sesia and Monte Rosa

Read more: The SuperVulcano of Val Sesia and Monte Rosa

Many events distant in geological time, but close to the space involved, mark the geo-environmental characteristics of the Sesia Val Grande Geopark. The geopark extends between Valsesia and the Val Grande National Park and includes the neighboring territories of Valsessera, the Biellese Prealps, Val Strona, lower Ossola Valley and upper Verbano. The territory includes an association of deep, medium and upper crust rocks that have long been an unprecedented model for the interpretation of geophysical data of the continental crust, which for years has been the subject of study by scientists from all over the world. These rocks were exposed on the surface by the collision between the African continent and the European one, which, in the last 100 million years, caused the Alpine orogeny. Along the Alps, the boundary between the two continents corresponds to the Insubric Line (or Canavese Line).
In the same area emerges the Supervulcano del Sesia, a fossil volcano that collapsed about 280 million years ago forming a huge caldera; the remains of this supervolcano and its power system are extraordinarily well exposed. The accessibility of the territory allows visitors to walk on fragments of sub-continental mantle, visit the contact between a huge gabbric intrusion and the rocks of the deep crust to see how a granite magma is formed, see the roots and the roof of a granite pluto and admire the chaotic breaches produced by the explosive super-eruption that led to the formation of the caldera.

The European and African stacked slopes that formed the Alpine chain are wonderfully exposed on the Monte Rosa massif and along the lower Ossola Valley. To the northwest of the Canavese Line, the public can visit outcrops of metamorphic rocks already subjected to very high pressure, including fragments of the oceanic crust of the Tethys, which once divided Africa and Europe.
Extending from the beginnings of the Po Valley to the peaks of the Alps, the Sesia Val Grande Geopark also offers the opportunity to observe the traces of climate change, recorded by Pleistocene geomorphology, by the recent retreat of glaciers and by human settlements dating back to the Paleolithic period witnessed in the karst caves of Monte Fenera.
The presence and quantity of the different lithological types have favored a culture of stone that is perceived not only in the anthropology of the landscape, but also in the great architectural achievements where the excellence of the Milan Cathedral can be remembered with the pink Candoglia marble and the basilica of San Paolo fuori le Mura in Rome with Montorfano granites.

Did you know that Boca is also called “the Pope’s wine”? 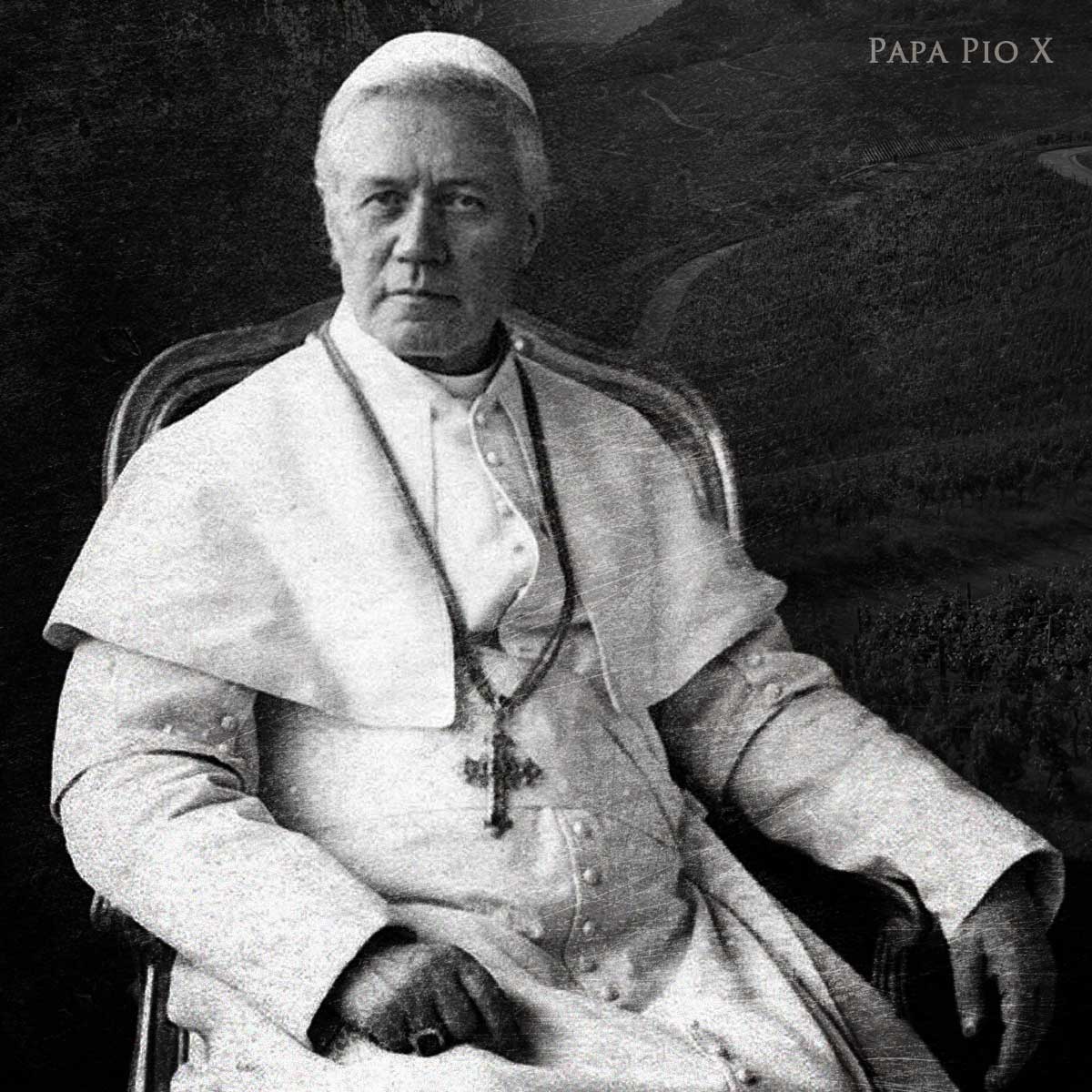 The Wine of the Popes

The Boca, wine of the Popes. Yes, because the chronicles hand down to us a curious anecdote linked precisely to this wine, so good that it is also appreciated by the high prelates.

In particular, the visit of the Patriarch of Venice, Cardinal Giuseppe Sarto, accompanied by the Bishop of Novara, Monsignor Eduardo Pulciano, dates back to 1900; during this pilgrimage it was offered to them by the young parish priest of Boca, Don Michele Merlino, of the local wine that was so appreciated as to make Monsignor Pulciano say “Eminence, this is really Cardinals wine“. The Patriarch replied: “Excellency, forgive me, but I am not of your opinion, this is not wine for Cardinals, but wine from Popes,” and this response was as joking as it was prophetic, given that on 4 August 1903 he was appointed Pope with name of Pius X.

The foundation of the Sanctuary of Boca is connected to the violent death of two local spouses following which a wall with a fresco depicting the Crucifix, later transformed into a small chapel, was erected in the 17th century. This was enlarged in the second half of the eighteenth century following some miraculous cures. The influx of pilgrims soon made the construction insufficient so that in 1819 a further extension was decided, which will be entrusted to a young architect born in Ghemme, the then twenty-two year old Alessandro Antonelli, who rewrote the project by proposing a majestic building in style neoclassical. The construction will last a long time and only at the beginning of the 1970s the main structural works can be said to have concluded with the completion of the frontal staircase.
The Sanctuary is located within the Monte Fenera Natural Park, established in 1987, which was in turn included in the Unesco Global Geopark in September 2013 during the 38th General Conference.

«Poderi Garona» winery is founded on the century-old tradition of the Duella’s Family and on the vineyards that grow in this unique, extraordinary climate and terroir.